Today we are discussing Pakistani most popular Actor Faysal Qureshi biography. The best Faysal Qureshi is a television host, actor, mode. He was born in Lahore (Pakistan) on 26 October 1973.

His mother name is Afshan Qureshi and after the name is Abid Qureshi. Qureshi first and second marriage was a most terrible moment of his life. But the third marriage is a happy ending. Sana is a very beautiful woman who is now his life partner.

The famous Pakistani actors appeared as a negative and positive character. He has two beautiful daughters images are given below.

Faysal Qureshi began his career as a child artist. He appeared in different plays in his childhood. Later he made his film debut as a TV actor in 1992 film Saza. Qureshi has also appeared indifferent fashion shows or competition events as a judge. Moreover, he also hosted the reality shows “Hero Banney Ki Tarang” and also appears in Morning show “Muskhurati Morning” on TV one with Ayesha Khalid. He is also played leading role in most famous Pakistani Drama serial “Bashar Monin” aired on Geo TV in 2014. 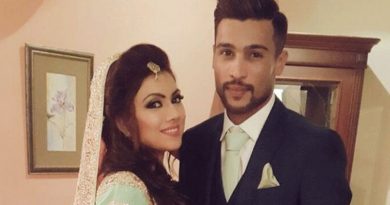